A habit of trust has carried me through the difficult times 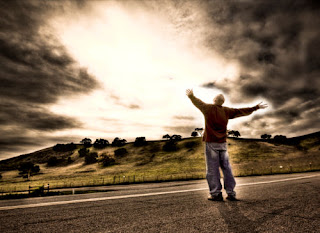 I haven't shared too much in the last two years compared to years ago. It's been a long season of learning to trust, deeper and deeper and deeper, as God has walked my family through all sorts of things. He's been working in me, but so much of it has been either intensely personal or so gradual that I haven't had words to share.

Back in 2002, I wrote a part of my story which is shared on this blog, called "My Ultimate Makeover." It was the culmination of years of revelation and years of growth that God had walked me through.

I'm now looking back over the years since, and I feel like another round of seasons has culminated. A curtain has been drawn back, and I can see what He's been doing... not only over the last two years, but over the last decade and longer.

I'm going to start 6 months ago though, and this will be only the first of many posts.

Back in March of this year, my husband and I both came down with a cold. It was an odd cold with atypical symptoms but not a particularly bad one. It made us sneeze a lot though... and one day that my husband clearly remembers, he sneezed really hard... and felt a stabbing and excruciating pain in his side. He doubled over and sneezed again, and he waited for the pain to subside. It did, and he pushed through the day.

In the days that followed, he recovered from the cold but started to feel worse in other ways that were hard for him to describe.

In the months that followed, his health continued a gradual decline with a few occasional ups... which typically coincided with doctor visits as so often happens...so the doctors couldn't find much. Blood tests showed nothing wrong. An x-ray showed nothing. A CT scan showed infection in his bladder lining in May so they treated that, but there was still nothing to explain his growing weakness and the continuous, overall abdominal pain and sickness.

He and I, however, eventually came to the realization that something was seriously wrong, and we privately started to face the fact that the doctors might not find it in time to save him. We even began thinking about how the kids and I would make it if we lost him. No, he wasn't at death's door, but there are plenty of stories of people with conditions that the doctors didn't find it until it was too late to do early and successful intervention. And yes, he was prayed for many times, and I believe those prayers were carrying him, as you'll see.

In the first week of August, his abdominal pain got so extreme and intense that he went to the ER. He could barely stand up from the pain and weakness... and still they couldn't find anything. They sent him home with only a laxative, which we knew was not the problem.

The next day, the pain got even worse, so back we went. A doctor said it was appendicitis and scheduled him for surgery the next morning. We spent the night wondering if it was possible that appendicitis had been the problem all this time. We even asked the doctor about it, but the doctor was doubtful. He said the current pain was appendicitis, but it couldn't cause the other problems. His appendix was only slightly enlarged.

But the next morning, in surgery, is where the surgeon finally found the cause of his months of sickness.

His appendix had been ruptured... for months.  The doctors were actually hesitant to say how long it had been ruptured, for there have been very, very few cases of someone living for extended periods of time with a ruptured appendix. But his body had walled it off, doing its best to spare the rest of his abdomen from the poison and toxins and infection that were trying to kill him. We are confident that it had ruptured in March... he knows what he felt when he sneezed those two times, and I saw how his health started declining from that point on.  No wonder he felt so awful all the time!  No wonder he felt that he was dying! He was living with a condition that usually kills people without emergency treatment!

So what about me? (Since what God's done in him is his story. And yes, he is now feeling better than he has all year!)

As those months were going by, and I was powerless to help my husband, I trusted the One who knew. The trust He had worked in me carried me so securely by then that it almost seems like a dream... and not even a bad one!  Just something that happened.  Relying on God and receiving the peace that He supplies had become so natural to me that I was singing in the hospital... simply because the song He'd placed in my heart kept overflowing.

This is the song I sang in the ER, and as I sat beside my husband while he slept in the days that followed. There's just something about those words, "When I'm broken and undone, Your mercy's just begun" that overwhelm me!


And when he finally came home and a week later was finally regaining enough strength to go back to work, I looked back over this year and the last few years and the last decade. The Katie that went through this year is not the Katie that existed 10 years ago.

How had I never once worried about his health? How had I faced the possibility of losing him with no fear? And that's when I realized.

Trust has become a habit.

It has become something that permeates every part of my life. Ten years ago I thought I trusted Him... but the One who knows the End from the Beginning saw just how many areas of my life I was self-sufficient and actually relying on myself or others. And so He kept working, and working and working, bit by bit, teaching me so many small but vital lessons in trust!

It was because trusting Him has become a habit that I was able to face the possibility of losing my husband without fear.  It was because of those years of lessons that He enabled me to watch my husband's life dwindling without losing my peace. His peace.


These are the lessons that I want to start sharing.

If you want to follow along, just follow my Hope Is Calling Facebook page, or you can subscribe via email. (Make sure you confirm when they send you the email verification.)   As I add them, they'll be added to my Lessons in Trust page.

Next Post in the Lessons in Trust series: Trusting in the Little Disappointments


To the One who is Faithful and True
and able to do above and beyond all we can ask or think
be all the praise and glory forever and ever
and in my life...

I finally understand what fasting is (and isn't)

Is it good to be satisfied? Or is it dangerous?